Here’s a few things that just made me really happy this month.

Juice Lab: another restaurant in Denton, TX with a lot of vegan options.

We’ve been to Juice Lab a few times to pick up juices and on occasion for food. We went a few days ago for lunch and ordered the nachos for the first time and they were amazing.

Sloth friends for my succulent

I haven’t talked about it here, but I have on my instagram a lot. I’m not good at taking care of plants but I want to change that, so a few months ago we picked up a succulent and it’s still growing strong! My parents got us these really cute sloths that they found at Hobby Lobby to place on the pot.

This just came out on the Switch this month and I’ve been playing it nonstop since. This has just made me even more excited for Link’s Awakening coming out in September.

I downloaded the Discogs app a few nights ago and finally organized my record collection. It’s nice to see what I have, especially because while I was going through them I forgot I owned some of the records I did! Here are some of the albums I’ve been listening to lately: 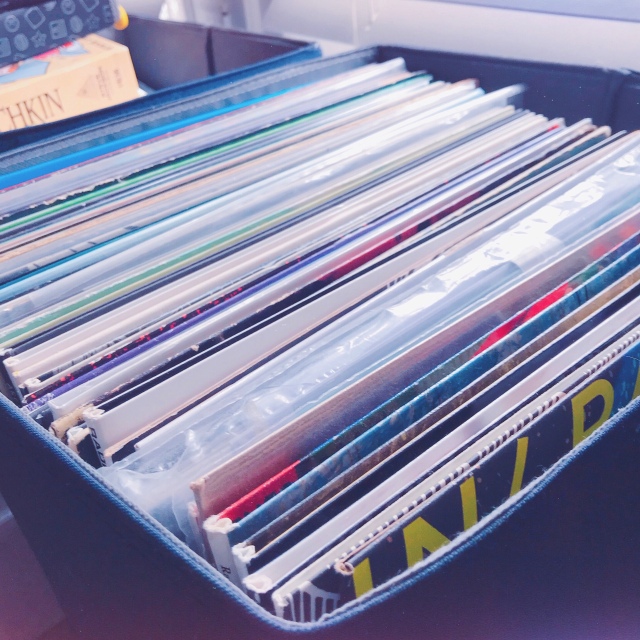 Father’s Day was a few weeks ago, and my mom made us chicken cutlet parmesan for dinner. She made DJ and I our own tray of vegan chik’n cutlets and it tasted just like the original! She used Gardein’s crispy chik’n tenders and Daiya mozzarella cheese, plus they found a vegan loaf of french bread at Walmart and Earth Balance butter to spread on it. It’s so nice that it’s incredibly easy to veganize anything and we can enjoy a nice dinner with family, especially a meal I had all the time for special occasions growing up. ♡

Those are some of my favorite things that happened this month. What were some of yours? Let me know in the comments!

Halloween is almost here! I wanted to write a quick blog post on three games I’ve been playing this month to get in a spooky Halloween mood.

I never played the original on the GameCube but I’ve always heard great things about Luigi’s Mansion. I picked up the second one on the 3DS fairly recently and I’ve been enjoying it a ton. The original also just came out on the 3DS and I plan on picking it up soon. You play as Luigi and explore a haunted mansion completing quests for Professor E. Gadd while sucking up ghosts using a special vacuum cleaner.

I mostly play Animal Crossing during the fall and winter months because there are so many fun things to do and collect during Halloween and especially Christmastime with the Snowman Bingo cards. I placed some tiles around my town and bought a ton of the pumpkin themed furniture items from T&T Emporium. There was a candy fish tournament in Pocket Camp that has been fun too, and fishing and giving the candy fish to Jack to get costumes has been an enjoyable time killer.

I picked this one up on a whim for $1.52 on the Switch because I heard good things about it (it’s usually $8.99 and it’ll be on sale until November 8th). It only took about 3 hours for me to complete, but it was a fun and eerie 3 hours. It’s a point and click adventure game that is creepy and has a few jump scares but was perfect to play right before Halloween.

I also wanted to recommend some movies we watched this past month. I’m not good at writing movie reviews but I thought I’d throw this in here too:

What do you like to watch or play during fall? Let me know in the comments, and if you have watched or played anything that I’ve listed here let me know what your opinions are too!