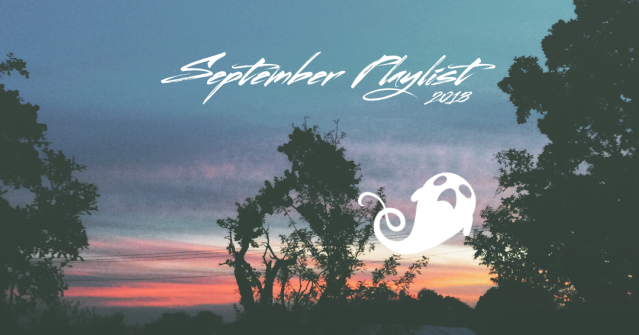 Here’s a new playlist for the month of September. Check out the full playlist at the bottom of this post and let me know what you guys have been listening to lately in the comments or on my Instagram: healthy_ghost.

These are easily THE BEST chocolate chip cookies we’ve made. They taste just like the non-vegan version. 🍪
We picked up some groceries at Kroger tonight and found a ton of vegan food from the Simple Truth Organic brand. One thing we picked up was sour cream, so we made some vegan baked potatoes and added vegan cheese, bacon bits (most are made with soy and seasoning!), and green onions.
This was taken a few months ago, but it’s been a long week and I could definitely go for this for dinner tonight. 😴 This is a Daiya meatless meat lover’s pizza with some of Annie’s vegan mac and cheese. #junkfoodvegan
Today was a good day. We had a rainy day AND I found vegan cheez-its at Kroger. 😋
I could eat mac and cheese every day. 😬 This is Annie’s vegan mac and cheese with Tofurky sausage.
Last night we had english muffin pizzas for dinner. 😋 Great value brand English muffins are accidentally vegan and we topped them with marinara sauce, Follow Your Heart’s vegan mozzarella cheese, dried basil, and oregano.