We took a small road trip to Austin, TX last month and tried out a bunch of vegan places while we were there.

First off, on our car ride there we snacked on some dried mango, which we always say is like vegan jerky. We also picked up some Taco Bell, which I didn’t photograph. My go-to taco bell order is a bean burrito fresco style, or the triple layer nachos fresco style and with guacamole. 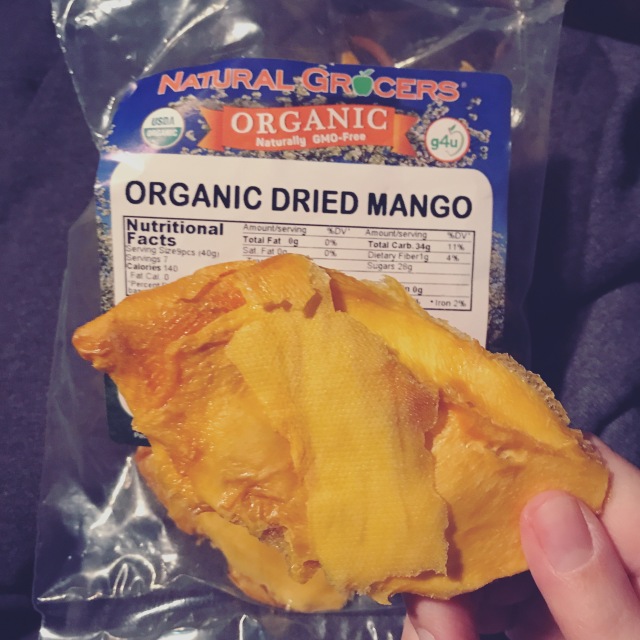 On our first morning there we went to a place called El Chilito, which is not vegan but they had a ton of vegan options. I ordered a burrito and put black beans, rice, avocado, and potatoes in it: 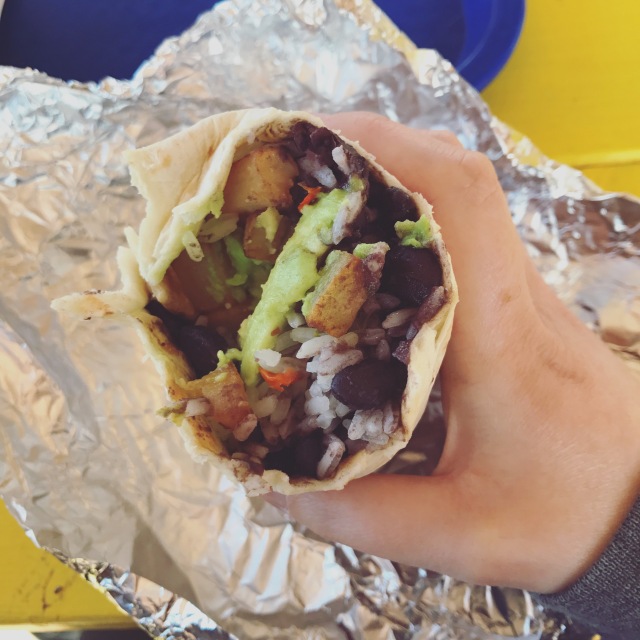 For dinner we went to Mother’s Cafe and Garden. They’re a vegetarian place with lots of vegan options. I ate the vegan tofu enchiladas, and although they didn’t photograph well they were so good. We’ve eaten here a few times over the years and have never had a bad meal. 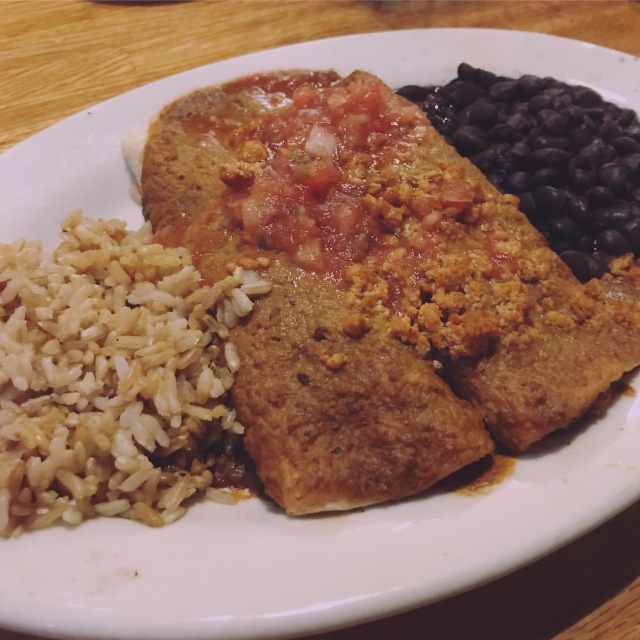 That night we went out to a bar and I got hungry again. I looked up vegan places nearby and was shocked to see Arlo’s, a vegan food truck that served burgers. We decided to walk there and try it out. If you are craving a vegan burger patty that tastes like a delicious, fast food beef patty, this is the place to go. We didn’t think it was vegan when we took our first bite. This was taken at 1 in the morning, so it’s not the best quality photo: 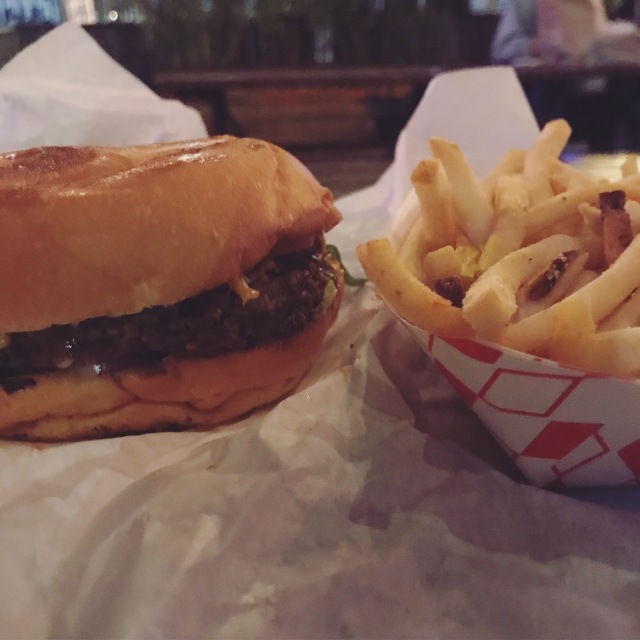 The next morning for breakfast we ate at Capital City Bakery, an all-vegan bakery. There’s nothing better than vegan baked goods in my opinion (except for vegan mac and cheese, maybe). We each got a pop tart and an oatmeal cookie sandwich. 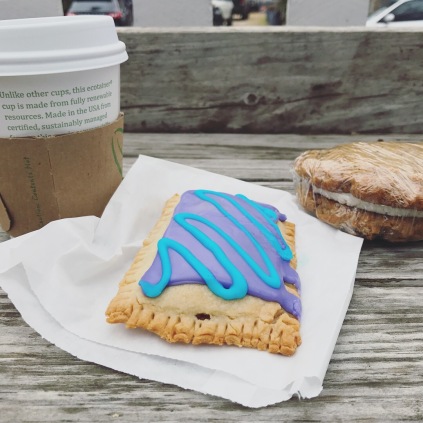 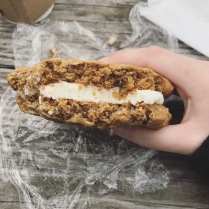 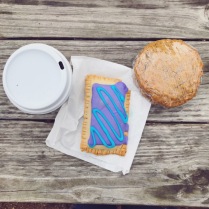 For dinner we had a vegan feast. We went to Conan’s Pizza and brought home their vegan deep dish pizza topped with Daiya cheese, spinach, and tomatoes and ate while we watched movies. This is some of the best pizza I’ve ever had, including non-vegan (to be honest, the best pizzas I’ve eaten have been vegan). It’s not a vegan restaurant, but their dough is vegan and they have Daiya! 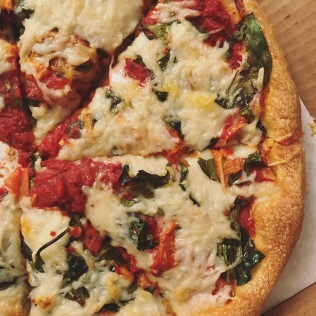 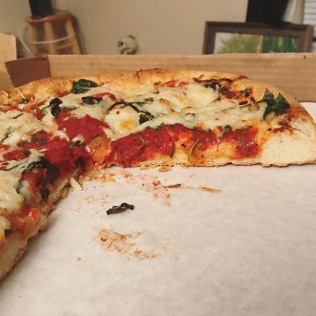 On our final morning in Austin we went back to Capital City Bakery. We read online they had vegan kolaches but they were out when we went the day before and we had to try them. It was definitely worth the wait: 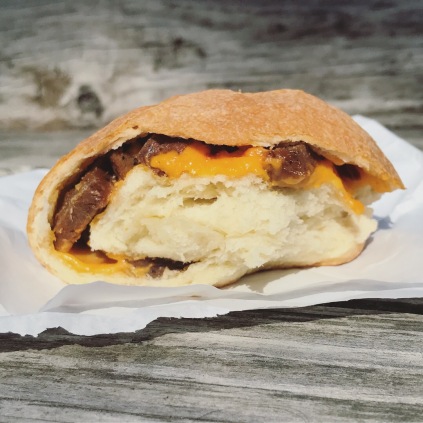 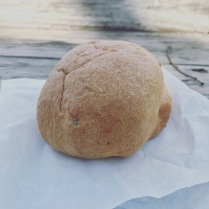 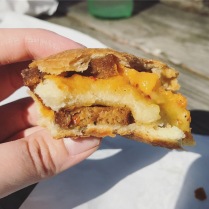 For lunch we went to Bouldin Creek, Cafe. They are a vegetarian cafe with vegan options as well. I ordered the El Tipico which had scrambled tofu, herbed potato hash cake, tomatoes, lettuce, salsa, beans, and flour tortillas. 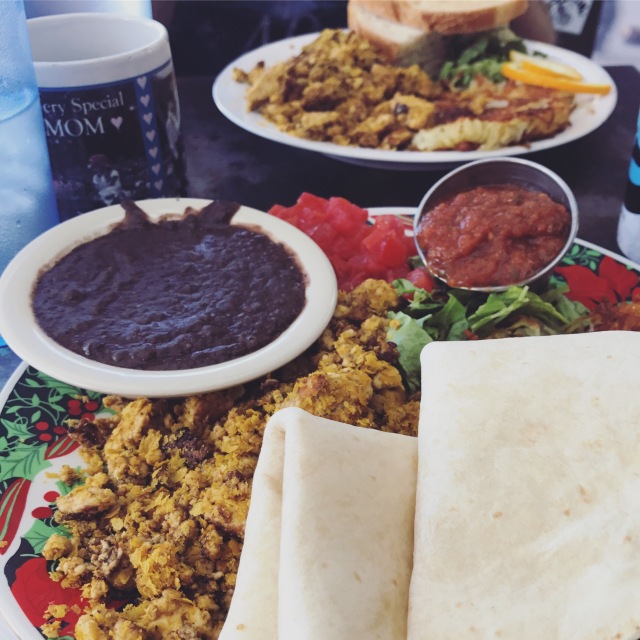 Arlo’s was so good the first time we ate it, we had to make it our last stop before we drove back home. They were out of fries, so they asked if mac and cheese would be okay instead (of course it was) and this time instead of just the classic burger I added vegan bacon too it too. 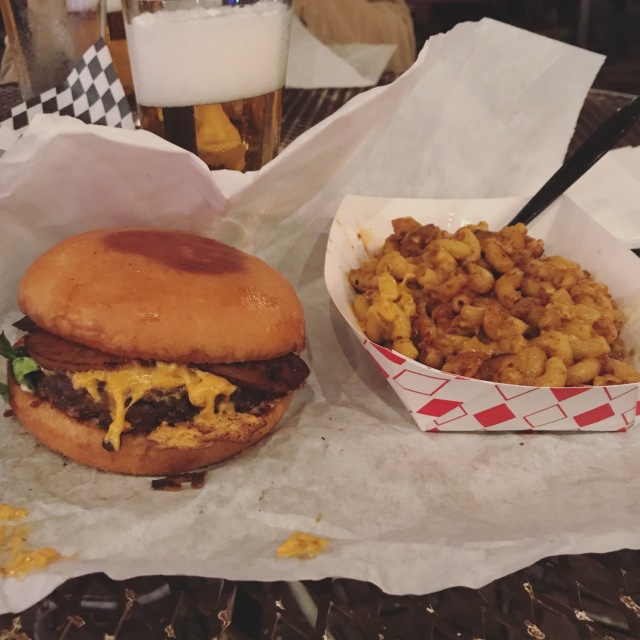 I posted all of these photos on my Instagram while we were there, so check it out if you want to see more vegan junk food (and sometimes healthy meals too!).

We’re so lucky to have some vegan restaurants near us at home, but we were definitely overwhelmed and spoiled being surrounded by so many vegan places in Austin. We didn’t have enough time to go everywhere we wanted to, so we’ll definitely go back soon (especially for the vegan deep dish pizza and burgers). 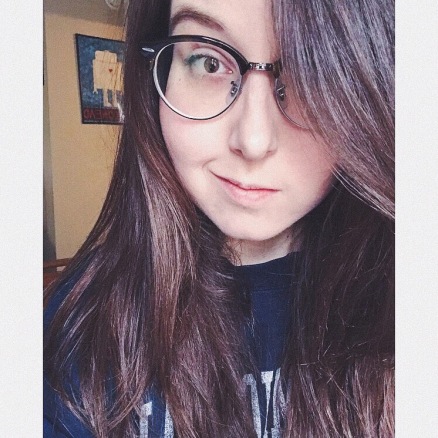